Woe to those who call evil good, and good evil;
Who substitute darkness for light and light for darkness;
Who substitute bitter for sweet and sweet for bitter!
Isaiah 5:20

The irony of our first black president saying these words when these were the words spoken by the founder of Planned Parenthood, Margaret Sanger:


"[We should] apply a stern and rigid policy of sterilization and segregation to that grade of population whose progeny is tainted, or whose inheritance is such that objectionable traits may be transmitted to offspring." - Woman and the New Race, ch. 6 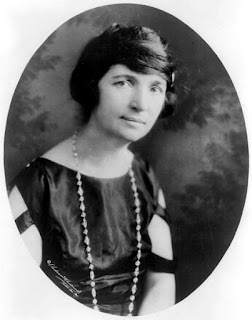 "Article 1. The purpose of the American Baby Code shall be to provide for a better distribution of babies… and to protect society against the propagation and increase of the unfit.
Article 4. No woman shall have the legal right to bear a child, and no man shall have the right to become a father, without a permit…
Article 6. No permit for parenthood shall be valid for more than one birth." - “Plan for Peace” from Birth Control Review (April 1932, pp. 107-108)


"We should hire three or four colored ministers, preferably with social-service backgrounds, and with engaging personalities.  The most successful educational approach to the Negro is through a religious appeal. We don’t want the word to go out that we want to exterminate the Negro population, and the minister is the man who can straighten out that idea if it ever occurs to any of their more rebellious members." - Woman, Morality, and Birth Control. New York: New York Publishing Company, 1922. Page 12.


Then there's this guy: 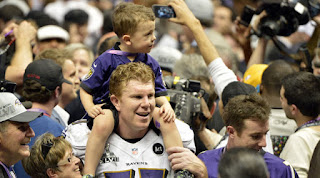 The Baltimore Ravens rolled into D.C. on Wednesday and hung out with President Obama in celebration of their Super Bowl victory. Not everyone was able to make it -- Cary Williams skipped for Eagles training camp -- but one name really stood out: Matt Birk.
That's because the former Ravens center, who announced his retirement in February, disagrees with a political stance taken by the President.

"I wasn't there," Birk said Thursday on KFAN-AM in Baltimore. "I would say this -- I would say that I have great respect for the office of the presidency, but about five or six weeks ago, our president made a comment in a speech and he said, 'God bless Planned Parenthood.'
"Planned Parenthood performs about 330,000 abortions a year. I am Catholic. I am active in the pro-life movement, and I just felt like I couldn't deal with that. I couldn't endorse that in any way."

Posted by SarahsDaughter at 12:39 AM