A couple years ago I asked Spacebunny what she recommends for teaching logic. I wanted it not only for my children but for myself as well. It isn't something I had been taught. I knew some basics but logic and reasoning just isn't something that comes natural to women. For a very long time I believed what I had been told and had observed, feelings = truth.

She recommended a website called Trivium Pursuit. I recommend it to you as well. All women should read the Bluedorn's book, The Fallacy Detective. I read it with my son and will do so again next school year with my daughters. We learned so much from it and would make games out of spotting logical fallacies when we'd watch television or read the news.

Our son likes to debate issues with his friends. He used to get a little frustrated that not only do they use logical fallacies in their arguments, when he points them out, they haven't a clue what he is talking about. He laughs at it now.

Hans Bluedorn has a recent blog post up called "How Logical Are You?"  Go take a look, take the quiz, and see if you can spot red herrings.

There are exercises similar to those in every lesson of The Fallacy Detective (and thankfully they provide the answers in the back of the book).

When I think of what advertisers and activists do, I think of the collars I need to use to walk my basset hounds. They require a prong collar. They are very low to the ground, are strong, and are easily distracted by enticing scents. Also, their skin is very thick, in order to get their attention and obedience, we need to tug on the leash so the collar pokes them. And, no, this isn't cruel, they feel no pain when they obey. 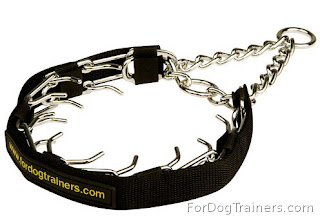 Propaganda works the same way and is very effective. Instead of a physical poke, propaganda often pokes at our emotions.

Consider the appeal to fear and breast removal surgery as a preventative measure for breast cancer.

Consider the appeal to pity and all the advertisement you are bombarded with to send money to charitable organizations.

How about repetition: "Children need public school to be socialized."

Here's another great quiz from Nathaniel Bluedorn: Name the Propaganda

Recognizing these techniques will allow you to set aside your emotional response in order to take a logical analysis of the issues. You will seek the truth. Can I prevent death by removing my breasts? Is this charitable organization credible? Are children in public schools better socialized than homeschoolers - and is that our priority?
Posted by SarahsDaughter at 6:46 AM